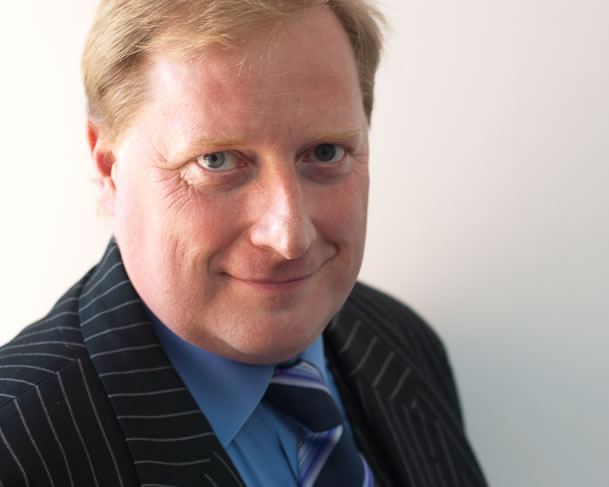 Recognised in the Legal 500 and Chambers & Partners
Chambers is delighted to congratulate Gavin Collett on his ranking as a leading individual on the Western Circuit by the Legal 500. A leading member of our civil team, Gavin is described as being ‘highly experienced in planning, highways, and rights of way matters.’

The Legal 500 2011/12 and in every publication to date states ‘His practice encompasses planning, highways, and rights of way.’
UK Chambers & Partners recommend Gavin as "He has a good grasp of the issues and his preparation is very good. He has an eye for detail. He’s also good tactically and is able to relate to clients."

After service in HM Forces, Gavin began his legal career in a prestigious planning law set in London. He moved to Devon in 1995 where has established himself as the pre-eminent specialist in matters of planning law and highways law. He also holds an honorary teaching fellowship from Exeter University since 2011.

The mainstay of his practice is planning, highways and rights of way. Gavin heads the Magdalen Administrative & Regulatory team and has become extremely sought after for his presentation skills and his detailed cross examination of professional witnesses in planning matters. He is described as approachable and understandable by his clients; and as, “A man that can get results.”

He has successfully challenged the Secretary of State in the High Court in 2016 as well as bringing a Highway Authority to account. Whether a small scale development or major infrastructure Gavin gives 100% and can achieve the best result for his clients.

Gavin acts for numerous local authorities as well as developers and private individuals. He also accepts direct instructions from members of the public.

Acting for SCC as the Waste Planning Authority for Somerset. Question of the issuing of an Enforcement Notice as  it appeared there had been a breach of planning control and that it was expedient to issue the notice.  Challenged by the users of the site that the use was permitted and therefore issued in error.  Appeal subsequently withdrawn.

Application to include two omitted sites from the Mineral Extraction Plan. Major public opposition to the inclusion of the two sites.  Argued effect on both AONB and conservation areas as well as protected species. Sites successfully included in final Plan.

This was an Appeal brought by Gladman Developments Ltd (App) is against the refusal by Sedgemoor District Council (SDC) of a planning application (37/17/00052) for outline permission (with all matters to be reserved with the exception of access) but of the four reasons for refusal that were given, three of the reasons for refusal (archaeology, flooding and highway safety) had been subsequently resolved by the submission of further evidence, conditions and certain undertakings from the App.  Therefore before the Inspector the LPA relied upon the single remaining reason for refusal, namely that the proposal conflicted with the Development Plan (DP) policies. It was agreed that the Public Inquiry was primarily an issue of principle.  The main issue being whether the application fails to satisfy the policies under the Core Strategy (CS), the LPA stated that it did not, and whether those policies can be held to be up-to-date, or not.  Further if the policies were out of date whether the planning balance then tilted as per paragraph 14 of the NPPF in favour of grant.

Public Inquiry into whether appropriate to use landfill to level agricultural land to improve efficiency.  Consideration of the use of waste hierarchy in the Local Plan.  The effect on the local highway network, living conditions of nearby residents and biodiversity.

Application for 220 dwellings refused by the LPA.  Main issues for the Rule 6 representations:

(b)       The adverse impact on landscape and visual amenity;

(d)       Highway issues including the impact on the wider network;

(Neil Cameron Q.C. Instructed by Turleys, for the Appellants).

Several cases in Devon, Wiltshire, Somerset and London , where Local Authorities have exercised powers under the Covid 19 Regulations to prevent or restrict access to highways.  Currently one pending, one removed and 12 the subject of High Court challenges.

In the Bodmin Magistrates Court.  Acting on behalf of the Harbour Commisioners.  Prosecution of Mr Faragher for using a jet ski within the harbour without authority.  Issues raised involved all the evidence, identification, use, hearsy and whether the Bye Laws were in force.  Prosecution successful.

Represented Mid Devon District Council in a sensitive noise abatement case.  Issues included the nature and extent of the noise and whether the effect was significant.  Difficultiesd arose due to the historical use of the site and the considerable support for the use.  Successfully achieved the correct outcome by negotiated consent.

Appeal against the imposition of condition upon a Local Authority Licence. Acting for the Respondent Local Authourity (Mr Mark Shell, solicitor, for the Appellant).  Appeal dismissed on all grounds.

Along with his extensive planning experience Gavin has appeared in numerous cases involving rights on or over, or involving land.

The Applicants claimed an easement over the land under the doctrine of lost modern grant or by prescription.  The Respondents claimed that the use of the access was with permission; was infrequent and interrupted and thus no easement has been obtained.

Applicant sought to register an easement across neighbouring land.  Respondents denied the right.

Appeal dismissed. First case where the impact of the turbines on visual amenity outweighed the need for renewable energy within an LPA.

Interests include: Game Shooting, gourmet food (eating it and cooking it), watching Arsenal and avoiding all forms of exercise