You are here: Home / Areas of Expertise / Civil / Martin Fodder 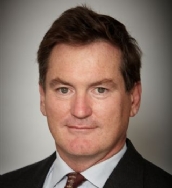 Recognised in the Legal 500

Martin practices from Littleton Chambers in London and from Magdalen. He divides his time between London and South Devon.

The primary area of Martin’s practice is employment and within that he specialises in whistleblowing, TUPE and discrimination law. He also has considerable experience of professional liability, commercial and professional regulatory law. Martin acts for employers and employees. Although much of his work is for private sector clients Martin has very considerable experience of the public sector, local government, the police, the NHS and educational establishments. He understands the particular difficulties and nuances of public sector work.

Martin is listed in Employment Law in the current editions of Chambers UK Guide and Legal 500. Chambers and Partners 2020 Employment London Bar Band 3. Chambers says
Experienced practitioner who is highly praised for his expertise in whistle-blowing cases, having written a leading textbook on the subject. He is also known for his TUPE and discrimination work, and regularly receives instructions from notable public bodies.
"A barrister who has a really good profile in the area of employment law."
LEGAL 500 (also ranking him in Tier 3 London Bar) was told by its sources that Martin is a ‘ Safe pair of hands for any whistleblowing query with outstanding knowledge in this complex area. ’ Legal 500 (2018) described him to be a "great person to have on your side in a tough case.

In Chambers 2016 it was said that ‘Sources particularly highlight his "unrivalled knowledge" of TUPE transfers …."He has gravitas and is very tenacious….He is an excellent technical lawyer who is very approachable."’ and in 2015 it was said of him that "He researches well and his cross-examination is devastating.” In Legal 500 2015 it was reported that "He has a real eye for detail, and drills down into what the key issues are in a case" and in - 2014 that he is "A pleasure to work with; nothing is too much trouble for him.”

Martin has been described in earlier editions of the directories as "free from any airs and graces and extremely easy to deal with." "Very calm and collected, he can explain things clearly to clients in a non-legalistic manner." He is "incredibly knowledgeable on whistle-blowing issues" has "many fans” and being "thorough and bright".

Martin is able to accept instructions under the Bar’s Public Access scheme.

Martin is an ADR Group Accredited Mediator and has acted as Mediator in over a dozen employment disputes including earlier this year in a dispute between a high profile NHS consultant surgeon and their employing trust.

Cases at appellate level include cases on jurisdiction of employment tribunals over overseas employments; Jackson v Ghost Inc [2003] IRLR 824 and Financial Times v Bishop EAT [2003]. Dan Tran v Greenwich Vietnam Community [2002] IRLR 735 CA concerned the duty of an ET to give reasons. Martin acted for the successful employer/respondent in Hepworths plc v Akers EAT [2003] on the introduction of new terms and conditions by employers and the role of the law relating to duress in those situations. Martin also acted for the Bar Standards Board in relation to a claim of disability discrimination against the board (Islam v BSB,[2012] All ER (D) 05 (Aug), one of the first cases on the meaning of “Competence Standard” in the Equality Act;

Also of note are Hinton v University of East London CA [2005] IRLR 552 on compromise agreements; Governing Body of St Albans School v Neary CA [2010] IRLR 124 on ET procedure and orders for costs in the Court of Appeal;  Bournemouth Borough Council v Leadbeater [2011] UKEAT on the procedure for and principles to be applied in a review of a default judgment; Howman v The Queen Elizabeth Hospital Kings Lynn [2013] EAT on costs in the ET; HCL Safety Ltd v Flaherty [2013] UKEAT 0021_13_1107 on the proper test for unfair dismissal and Noor v Metroline Travel Ltd [2014] UKEAT 0059_14_1707 on whether appeal to EAT should be kept open or dismissed where there is a potential further appeal.

Has written extensively, especially on Whistleblowing:-

Martin Fodder and Jeremy Lewis write Judges can be whistleblowers! Whatever next?

“I must put it to you that…”: The EAT reminds us (again) that an alleged perpetrator needs to have a chance to answer an allegation of victimisation

Whistleblowing: the Court of Appeal upholds the EAT’s decision in Osipov

For the book and articles on whistleblowing see above.

Appellate whistleblowing cases: BP plc v. Elstone [2010] IRLR 558. Instructed by BP: allegedly protected disclosures made whilst employed by a previous employer. Issue of law as to whether worker protected in those circumstances or whether employer at the time of the disclosure has to be the same as the employer at the time of the detriment/dismissal. Western Union Payment Services UK Ltd v Anastasiou [2014] UKEAT 0135_13_1205, instructed by worker, consideration of whether disclosure had to specify relevant failure, whether opinion could constitute information, whether person inflicting detriment had to know of protected disclosure and requirements of a reasoned decision that worker had been subjected to de Birmingham Employment Tribunal Successful defence of a claim that employees had been dismissed because they had made protected disclosures. Claim dismissed because disclosures were not made in good faith and in any event had not been the reason or principal reason for the dismissals;

Acting for an NHS Trust in relation to claims by consultant surgeon that he was victimised for making protected disclosures. 6 week hearing concluded with a substantial costs award in favour of the trust;

Acting for a solicitor employed by NHS Trust;

Acting for the Head of Asset Management of a major international bank and for other FCA regulated employees in relation to protected disclosures made to their employers.

Acting for a major city council in relation to a claim by an employee in its social services department that he was victimised for making protected disclosures.

Acting for the Metropolitan Police in various whistleblowing claims against the force.

Joint Editor of the 2010 and 2012 editions of the Equal Opportunities volume of Atkin: Court Forms (Butterworths) and a contributor to the Law Society’s Guide to the Equality Act.

In the area of Transfer of Undertakings Martin has advised or acted for a wide range of clients including airlines,  insurance companies, outsourcing contractors, solicitors and local/regional government institutions. He has fought and advised on a number of cases concerning the service provider change provisions of TUPE 2006. He appeared in Playle v Churchill Insurance (EAT) on the issue of whether an economic entity retained its identity following a transfer.

Publications in this area:

Martin is a Contributor to “Transfer of Undertakings”, Sweet & Maxwell (ongoing) and to “Cross Border Transfers and Employee Rights” Tothill 2004 ed Susan Mayne, and has written various articles with John Bowers QC on this area.

Martin has extensive experience of High Court employment litigation. He has advised in connection with and appeared in litigation for interim relief and final remedies based on covenants and implied contractual or fiduciary duties involving (amongst others) bond dealers, insurance brokers, architects and stockbrokers. He has given many lectures on the subject. Recent work includes acting for a major energy supply company in an application for interim relief against an energy broker and ex employees of the company concerning confidential information relating to customers.

Litigation between businesses has always formed part of Martin’s practice at the Bar. His employment practice will often give rise to questions involving contracts between companies as well as those with employees whether the issue arises in the competition field or otherwise – for example in business sale agreements or agency arrangements. Acting for or against senior employee shareholders necessitates consideration of unfair prejudice remedies.

Martin has also worked in the wider commercial arena covering debt recovery insolvency claims – appearing- for example for McDonalds in McDonald’s Restaurants Ltd v Urbandivide Co Ltd – where Parker J was persuaded that a winding up petition against McDonalds should be restrained.

Advice, representation and mediation in respect of disputes and issues between partners and members of LLP as to rights, liabilities and indemnities under partnership and LLP agreements including restraint of trade issues. Discrimination claims as between partners.

Martin has extensive experience, particularly on the defence side and particularly in relation to claims against lawyers and surveyors, of professional liability litigation. He pleaded and succeeded in one of the very first cases to hold that a lender could be liable for having contributed to its own loss where a loan had been made in reliance on a valuer’s report (PK Finans International (UK) Ltd v Andrew Downs & Co Ltd)

Martin is an ADR Group Accredited Mediator and has acted as Mediator in over a dozen employment and professional negligence disputes through Littleton Dispute Resolution Services Limited.

Member if the Employment Lawyers Association, member of and former Vice Chair of the Industrial Law Society

Member of the Association of Regulatory and Disciplinary Lawyers