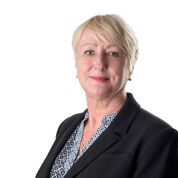 Recognised in the Legal 500
Chambers is delighted to congratulate Susan Campbell QC on her ranking as a leading silk on the Western Circuit by the Legal 500 in the area of Child Law (Public and Private). Susan joined chambers as a full member in 2019, having been an active and valued door tenant for several years, and is described by the Legal 500 as having ‘an innate ability to put clients at ease in the most upsetting and trying situations. She goes the extra mile to ensure that clients feel that they have had their say but also that they understand the process.’

Susan practices in all areas of family law; both public and private proceedings. Her practice takes her to courts throughout England and Wales with a base in London. She has spent a large part of her professional life practising in the South West where she still lives, and she practices in this area through Magdalen Chambers (formerly Southernhay Chambers).She has particular expertise in cases involving injury to children, having conducted many cases relating to brain injured babies.  A large part of her practice concerns the serious fact finding hearings relating to emotional harm, sexual abuse and neglect.

She is regularly instructed on behalf of both public bodies and private individuals, and undertakes publicly funded work. Family Finance also forms an important feature of her work; for which she accepts privately paying instructions only.