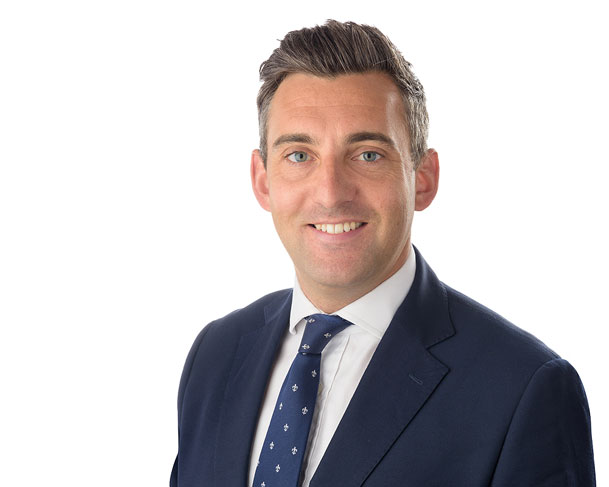 On 26 September the Supreme Court gave judgement In the matter of D (A Child) [2019] UKSC 42. The case considers the scope of parental responsibility to consent to the living arrangements for children which would otherwise amount to a deprivation of liberty.

By way of background, D was born in 1999. He was diagnosed with attention deficit hyperactivity disorder, Asperger’s syndrome and Tourette’s syndrome, and has a mild learning disability. When he was 14 he was admitted to a hospital providing mental health services, for assessment and treatment. He lived in the hospital grounds and attended a school which was integral to the unit. The external door was locked and D was accompanied whenever he left the site. The hospital trust applied to the High Court for a declaration that it was lawful for the trust to deprive D of his liberty in this way. The judge, Mr Justice Keehan, held that D was so deprived but that it was a proper exercise of parental responsibility to consent to his constant supervision and control while he was under 16.

By then, with his parents’ agreement, and with Birmingham City Council (‘the Council’) accommodating him under s 20 Children Act 1989, D had been discharged from hospital to a residential placement, where he was similarly under constant supervision and not allowed to leave the premises except for a planned activity. On his 16th birthday proceedings were issued in the Court of Protection for a declaration that the consent of D’s parents meant that he was not deprived of his liberty at the placement. Keehan J held that his parents could no longer consent to what would otherwise be a deprivation of liberty once D had reached 16, and that the provisions of the Mental Capacity Act 2005 (‘MCA’) now applied. He authorised the placement, and a subsequent transfer to another similar placement, as being in D’s best interests. When D reached the age of 18 his deprivation of liberty could be authorised under the deprivation of liberty safeguards in the MCA.

The Council appeal to the Court of Appeal on the ground that parents could consent to what would otherwise be a deprivation of liberty of a 16 or 17-year-old child who lacked the capacity to decide for himself, and the MCA had no bearing on this. The Official Solicitor on behalf of D then appealed that decision. The Supreme Court by a majority of 3 to 2 allowed the appeal.

Lady Hale who gave the lead judgement set out that the issue turns on the inter-relationship between the concept of parental responsibility and the obligation of the State to protect the human rights of children under the European Convention on Human Rights.

Parental responsibility being defined in the Children Act 1989 as “all the rights, duties, powers, responsibilities and authority which by law a parent of a child has in relation to the child and his property” (section 3(1)). “By law” obviously refers to the common law, but also includes those statutory provisions which give rights etc to parents, such as the Marriage Act 1949, which gives them the right to withhold consent to the marriage of a 16 or 17-year-old child (section 3).

She sets out that historically, parental rights under domestic common law were never absolute and became increasingly subject to the overriding consideration of the child’s own welfare. Quoting Lord Denning MR, In re Agar-Ellis (No 2) (1883) 24 Ch D 317, at 326:

“… the legal right of a parent to the custody of a child … is a dwindling right which the courts will hesitate to enforce against the wishes of the child, and the more so the older he is. It starts with a right of control and ends with little more than advice.”

She then considered the issue of ‘Gillick competence’ (Gillick v West Norfolk and Wisbech AHA [1986] 1 AC 112).  A case about whether it was lawful to give contraceptive advice and treatment to a child under 16 without her parent’s consent if she herself was capable of giving that consent. In that case the House of Lords concluded the earlier “age of discretion” cases had established the principle that children could achieve the capacity to make their own decisions before the age of majority. It was no longer, if it ever had been, correct to fix that at any particular age, rather than by reference to the capacity of the child in question.

Lady Hale commented that the MCA does not override other common law and statutory provisions relating to 16 and 17-year-old children, but it does indicate an appreciation of the different needs of this age group. She preferred to express her view on this issue by reference to the ECHR commenting; Article 5 ECHR protects children who lack the capacity to make decisions for themselves from being arbitrarily deprived of their liberty. Clearly the degree of supervision to which D was subject at the placements was not normal for a child of 16 or 17. D’s living arrangements had to be compared with those of children of the same age without disabilities, and the fact that they were made in his best interests did not mean he was not deprived of his liberty. Parental consent could not substitute for the subjective requirement under article 5 for valid consent to the deprivation.

She concluded that Human rights are about the relationship between private persons and the state, and D’s deprivation of liberty in the placements was attributable to the state. There is no scope for the operation of parental responsibility to authorise what would otherwise be a violation of a fundamental human right of a child.

In her judgement, Lady Black considered that the Gillick case is not directly relevant to the issue before the court. It had to do with medical treatment and not with deprivation of liberty. It was concerned with whether a child might acquire the capacity, and the right, to make such decisions for herself before she reached the common law age of discretion, not with whether parental authority endured beyond that age if the child lacked the capacity to decide for herself. She was however careful to add “I do not intend in any way to water down the important changes brought about by Gillick or to alter the way in which it has been applied in many spheres of family law.”

Lady Black held however that as a matter of common law, parental responsibility for a child of 16 or 17 does not extend to authorising a confinement of the child in circumstances amounting to a deprivation of liberty.