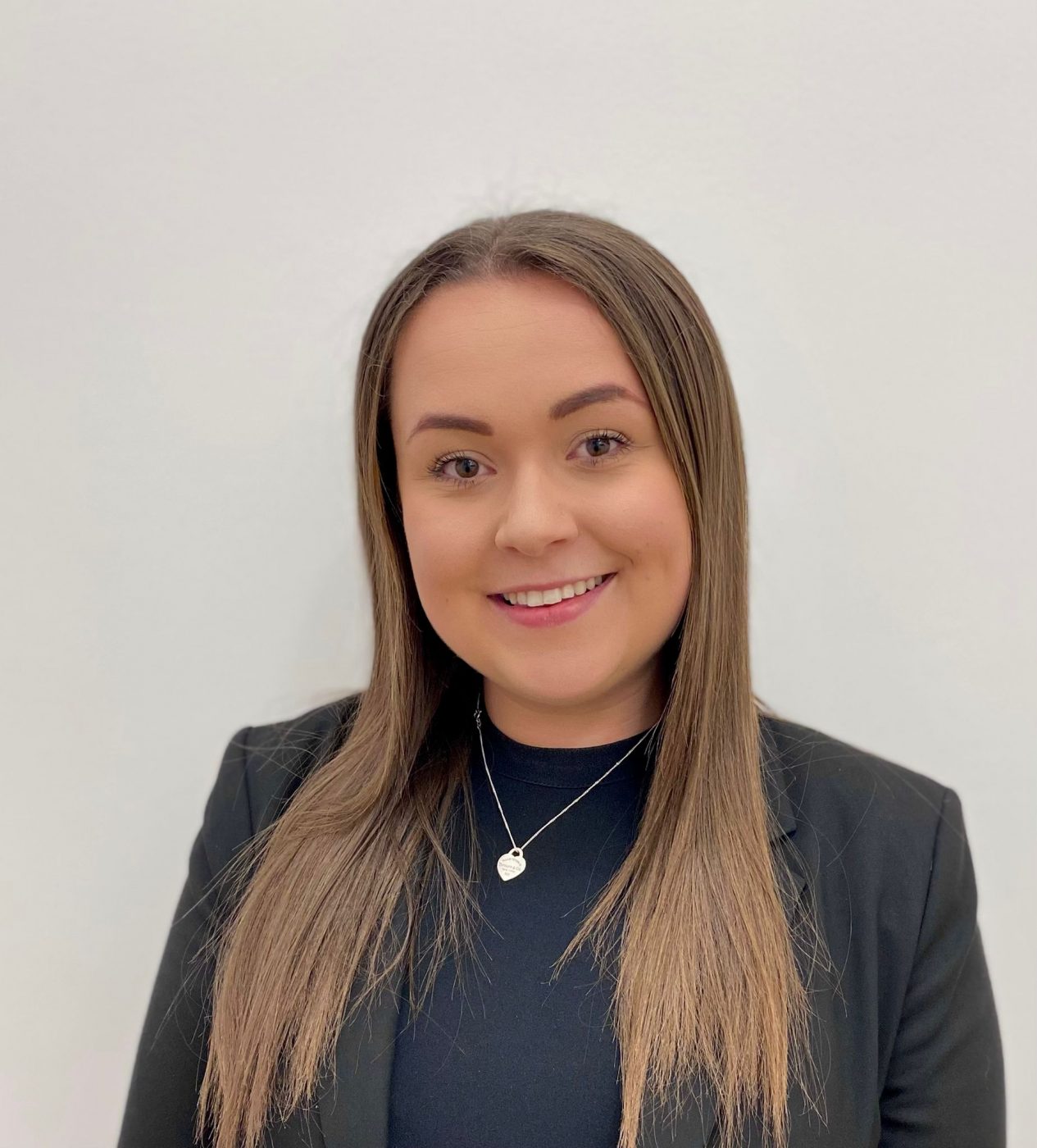 The President has given guidance as to the impact of breaches of the AAR 2005 on placement and adoption orders, and any potential routes to challenge such orders when breaches have occurred.

In May 2021 it was identified that Somerset adoption agencies had failed to comply with their duties under the Adoption Agency Regulations 2005 to obtain the required medical information.

This led to an internal review to identify cases within which breaches had occurred in the decision-making process. This process exposed some three hundred affected cases.

Somerset County Council made applications pursuant to Part 18 of the Family Procedure Rules 2010 on 21 July 2021. They sought declarations that the placement orders were lawfully made, notwithstanding the breaches.

Twelve of those children’s futures were identified to be ‘hanging in the balance.’ They made up the ‘primary cohort’ of children, who were to be dealt with first due to their urgency. At a five-day hearing in October/November 2021, Mrs Justice Roberts considered the lawfulness of these, now ten, placement orders.

The Local Authority accepted that there had been breaches of the Adoption Agency Regulations 2005, albeit they argued that the information required had been available through other avenues by the time that the orders were made, and as such, they were in substantial compliance of the requirements. The regulations breached in these cases were Regulations 15 and 17 AAR 2005.

There was also a concern as to whether Regulation 8 (3) of the AAR 2005 had been complied with in terms of the formal appointment of the Agency Medical Adviser. The Local Authority relied upon evidence (including a statement from the de facto agency medical adviser setting out her qualifications and understanding and emails exchanged between herself and the Assistant Director of Children’s Social Care at the time she took on the role, and setting out her induction process), which satisfied the court that there had not been a breach of this requirement.

Regulation 15 AAR requires the adoption agency to make arrangements for each child to be examined by a registered medical practitioner, obtain a written health report from that doctor or alternatively, advice from the medical adviser that such report was unnecessary. This had not occurred in most, if not all, of the primary cohort cases.

Regulation 17 AAR requires the agency to include within the Child Permanence Report a summary written by the medical adviser of the state of each child’s health. These were not contained within the primary cohort permanency reports.

With a concession and subsequent finding that breaches had occurred, what was left to be determined was whether those breaches had any impact on the decisions made and what, if anything, should be done regarding the decisions. If the impact was material, the court would need to consider what, if any, action should be taken in respect of the placement orders made for those children within the primary cohort.

In analysing the lawfulness of these orders, Roberts J decided that the court should ‘look at the nature of the breach in order to determine whether the essential quality of the decision-making process had been critically or materially undermined.’ [88]

Roberts J concluded in each case that:

Having accepted Somerset County Council’s sub-division of the ‘wider cohort’ of children into categories 1-6 based upon the stage of their proceedings and any health issues, Roberts J then case-managed for the 44 children in categories 1-4. Initially, they were to be dealt with as a paper exercise in February 2022 by Mrs Justice Roberts, following the same process as she had adopted in respect of the ‘primary cohort.’

The matter was transferred to the President of the Family Division for a hearing on 26 January 2022 as a result of developing information that other local authorities had also breached the Regulations. It was becoming clear that this was a more widespread problem than first thought.

The true scale of the problem is still not known however it is clear that it is a national issue, with quite possibly thousands of affected cases. CoramBAAF contacted the 151 Local Authority children’s services. They received a response from 69; 62 of which acknowledged being in breach of the Regulations.

At the hearing on 26 January 2022, the determination of the remaining Somerset children was suspended, and Local Authorities were told by way of a public announcement by Sir Andrew McFarlane (P) not to bring any new part 18 applications, save for urgent cases. The President stated that in March 2022, he would “consider legal argument as to the best and most proportionate means by which cases involving this kind of non-compliance can be addressed” and that the ensuing judgment would provide guidance.  Local Authorities were invited to commence a review of their policies, practices and procedures in order to ascertain whether there are systemic non-compliance issues and if so, to start to identify the affected children.

A final hearing was listed before the President on the 4 March 2022, at which the Local Authority, Children’s Guardians, NHS Clinical Commissioning Group for Somerset, Cafcass Legal, CoramBAAF and the Secretary of State for Education were represented. With hundreds of children’s placements having already been in limbo since spring 2021, the need to obviate further delay was at the forefront of the court’s mind, whilst also ensuring fairness and proportionality.

The Judgment was handed down on 13 April 2022. It can be read in full here: https://www.judiciary.uk/judgments/somerset-county-council-v-nhs-somerset-clinical-commissioning-group-2/ .

Acknowledging and accepting the common ground between parties that all court orders are valid and enforceable unless and until a court sets them aside, the President concluded that Part 18 declarations are ‘neither appropriate nor required’ [6] and that there ‘is no basis for other local authorities or adoption agencies to issue similar applications with respect to breaches of the AAR…’ [6].

What remained to be decided was what, if any, route for challenge there could be against placement orders made where breaches had occurred.

None of the statutory criteria in s21 of the ACA 2002 turn upon adherence to the AAR 2005 requirements. Therefore, a placement or adoption order made in circumstances where there has been a breach is not consequently void, but at its highest is voidable.

A possible route of challenge is an appeal out of time, in which an order could be set aside.

The President made plain that ‘it is difficult to contemplate a case where the circumstances surrounding a child’s health are so significant as to call into question the making of a placement order, which was otherwise justified.’ [38]

The Court’s attention was drawn to the case of Re B (Placement Order) [2002] EWCA 835, in which the Court of Appeal did set aside a placement order on the basis of a failure to follow requirements under AAR 2005.

This case can be distinguished, however, as in that case the Recorder knew of the breaches yet made the placement order in any event.

In the cases before the Court now, the breaches were only discovered after the orders were made.

The President accepted the submissions made on behalf of the Secretary of State that the theory of the ‘second actor’ applies; unlawfulness by a first actor (in this case the Local Authority decision as an adoption agency) may invalidate their own acts but will not directly invalidate the act of a second actor (the Court.)

The President stated, ‘there is a clear distinction between a placement order, or an adoption order, made by a court with its eyes wide open to the fact that there has been a serious breach of the regulations, and, on the other hand, orders that are made where the court is in ignorance of such breach.’ [47]

If it is a case in which the court knew of the breaches, yet proceeded anyway, a challenge may hold more weight. In the absence of such knowledge, it remains highly unlikely that a challenge would succeed. The President went as far as to say that it is ‘difficult, if not impossible’ to think of such circumstances.

Another route of challenge is under s24 of the ACA 2002. Leave to apply to revoke will only be granted if there has been a ‘change of circumstances.’

Case law demonstrates that revoking adoption orders will only happen in ‘highly exceptional and very particular circumstances’ which ‘amount to a fundamental breach of natural justice.’

The President similarly commented that ‘it is difficult to contemplate a case where concern over a child’s health was sufficiently serious to justify reopening the placement order determination by permitting an application for revocation to proceed, yet the health issue was unknown to the court at the time the placement order was made.’ [40]

Further, without qualifying for legal aid in respect of such application, it seems unlikely that parents, many of whom are vulnerable, will be able to apply even if they have the requisite knowledge to consider applying in the first place. A potential access to justice issue therefore surfaces.

The conclusion that can be drawn is that successfully challenging a placement or adoption order that has been made following breaches to the Regulations is difficult, if not virtually impossible. Knowledge of the systemic failure does not open the door to challenge previously made orders, as such challenge is unlikely to be successful, and it would be necessary to identify a material impact on an individual child’s case and outcome. It is important that this message is understood, to avoid false hope being given to birth parents.

Despite dismissing the applications, the President made clear that this ‘does not in any manner indicate that the problem which gave rise to that application has been resolved or is not important.’ [62]

Moving forward, it is ‘crucial, both for those doing the planning and, in time, for those who are put forward as adopters, to know what, if any, specific health care needs a child may have now or in the future.’ [65]

To achieve this, each local authority and adoption agency is to review its procedures and determine whether they have been operating in breach of the AAR 2005.

In the longer term, it is hoped that a review of such procedures will ensure that those involved have a better understanding of what is required of them and can ensure that the regulations are properly followed. This should, hopefully, obviate any further breaches.

Before the effect of that is seen, further breaches may still be identified. Should that be the case, appropriate action needs to be taken forthwith.

If a breach is recognised prior to applying for a placement order, ‘then the adoption agency will no doubt decide to retake the decision once the correct procedure has been undertaken.’ [67]

If a breach is identified after an application has been made, but prior to it being determined, ‘the local authority should consider itself under a duty to bring the breach to the notice of the court that is hearing the application.’ … ‘It is likely that the court will require the breach to be remedied before the final hearing.’ [68]

This plainly sets out the Court’s expectation that Local Authorities will be proactive upon the realisation of a breach to ensure that it can be remedied. Similarly, each respondent to a placement application will need to be alive to procedural compliance, and that any issues are brought to the court’s attention at the earliest stage. Court’s themselves will be alert to the need for enhanced scrutiny of each procedural aspect of placement order applications, perhaps leading to local practice directions regarding certification of compliance.

Adoption is the most intrusive order that the Family Court can make. It is important to remember, as per the Statutory Guidance, that ‘because adoption, unlike any other permanence option, involves the ending of a child’s legal relationship with their parents and family and the creation of a lifelong relationship with new parents, the Act and the AAR lay down particular procedures to be followed.’ The Regulations are in place for a reason, and it is of utmost importance that they are adhered to.