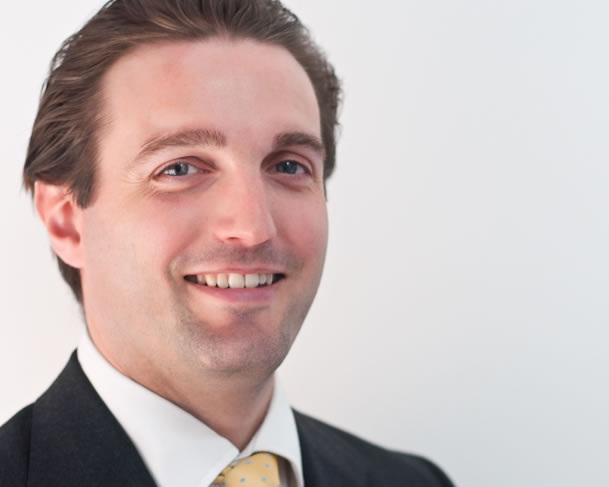 In Key v. Key [2010] WTLR 1699 a solicitor was criticised for failing to observe the so-called ‘Golden Rule’ in relation to testamentary capacity, while in Wharton v. Bankroft & ors [2011] EWHC 3250 (Ch) similar criticism was considered misplaced.

In Sharp v. Adam [2006] EWCA Civ 449, where the Golden Rule was observed in ‘every particular and beyond’, the Court of Appeal considered expert evidence capable of outweighing contemporary observations [at ¶95]. However, in Hawes v Burgess [2013] EWCA Civ 74 where the Golden Rule had not been observed at all, the Court of Appeal expressed doubts about the first instance decision of lack of testamentary capacity:

“If, as here, an experienced lawyer has been instructed and has formed the opinion from a meeting or meetings that the testatrix understands what she is doing, the will so drafted and executed should only be set aside on the clearest evidence of lack of testamentary capacity. The court should be cautious about acting on the basis of evidence of lack of testamentary capacity given by a medical expert after the event, particularly when that expert has neither met nor medically examined the testatrix…” [per Mummery LJ at ¶60].

Considering the practical difficulties of suggesting that precautions be taken, these cases raise the question: when, if ever, should practitioners be observing the Golden Rule?

The first step in answering this question is to consider the wording of the rule itself.

“In the case of an aged testator or a testator who has suffered a serious illness, there is one golden rule which should always be observed, however straightforward matters may appear, and however difficult or tactless it may be to suggest that precautions be taken: the making of a will by such a testator ought to be witnessed or approved by a medical            practitioner who satisfies himself of the capacity and understanding of the testator, and       records and preserves his examination and finding”.

The phrasing of the rule is not mandatory, and as per May LJ in Sharp v. Adam at ¶27:

“The golden rule is a rule of solicitors’ good practice, not a rule of law giving conclusive status to evidence obtained in compliance with the rule.”

Yet even as a rule of good practice it has been widely approved by the Courts as having the potential to reduce the risk of a claim of lack of testamentary capacity (e.g. see Sharp v. Adam), and should therefore be offered to testators as an additional precaution even if not observed.

The rule is expressed to apply to two categories of testator, namely those who are ‘aged’ or have suffered a ‘serious illness’, and therefore the next step is to consider which illnesses are ‘serious’ for this purpose, and how old ‘aged’ is.

There are many illnesses recognised as being capable of affecting testamentary capacity, the following non-exhaustive list being by way of illustration:

Such illnesses do not all require lengthy admissions to hospital, and may not be immediately apparent to the casual observer, rendering it necessary for sufficient enquiries to be made as to whether a diagnosis has been given and/or treatment commenced. If so, then the rule ought to be observed.

In reported cases where no ‘serious illness’ had been diagnosed the age of testators range generally from 76 (Re Morris [2001] WTLR 1137) to 97 (Abbott v. Richardson [2006] EWHC 1291 (Ch)), but it is arguable that the term ‘aged’ should properly relate to the statistical incidence of age-related illnesses capable of affecting capacity such as stroke, dementia or Parkinson’s disease.

In the context of application of the Golden Rule I would therefore submit, however tactless it may appear, that ‘aged’ should mean ‘over 50’.

Beyond ‘Aged’ or ‘suffering a Serious Illness’

Templeman J had considered, when formulating the Golden Rule, the oft cited test for testamentary capacity set out in Banks v. Goodfellow (1870) LR 5 QB 549 at 565:

“It is essential to the exercise of such a power that a testator shall understand the nature of the act and its effects; shall understand the extent of the property of which he is disposing; shall be able to comprehend and appreciate the claims to which he ought to give effect; and, with a view to the latter object, that no disorder of the mind shall poison his affections, pervert his sense of right, or prevent the exercise of his natural faculties – that no insane delusion shall influence his will in disposing of his property and bring about a disposal of it which, if the mind had been sound, would not have been made.”

However it is clear from this test, which does not refer to the terms ‘aged’ or ‘serious illness’, that there are many categories of testator beyond merely those identified in Kenward v. Adams to whom the Golden Rule could and perhaps ought to be applied. Obvious examples include those affected by physical trauma (e.g. head injuries), emotional trauma (e.g. bereavement as in Key v. Key), drugs (e.g. morphine, corticosteroids, barbiturates, alcohol, amphetamines, cocaine, LSD), and toxins (e.g. lead, arsenic, mercury), all of which are recognised as being capable of affecting capacity.

In addition, while not forming part of the Banks v. Goodfellow test or the rule set out in Kenward v. Adams, one of the features most common to the cases reviewed is that the terms of the relevant Will are in some way controversial, e.g. in Sharp v. Adam the Court of Appeal considered the Will to be ‘partly irrational’, and in both Key v. Key and Hawes v. Burgess there was a significant departure from the previous Will-making pattern.

While the Golden Rule is merely a rule of good practice which may be considered difficult or tactless to suggest, it’s observance is recognised as having the potential to reduce the risk of a claim of lack of testamentary capacity. It is clear from the cases that such a claim is not limited to those testators who are ‘aged’ or who have suffered a ‘serious illness’, and it would therefore appear less difficult and tactless to offer it’s observation to all testators as an additional precaution, should they wish to incur the expense, within a firm’s standard guidance or questionnaire.

When considering whether the rule ought to be observed for a particular testator, it may assist to ask the following questions:

(ii) has he been diagnosed with an illness recognised as being capable of affecting testamentary capacity?;

(iii) does he have a history of drug or alcohol abuse, or has he had a recent traumatic event (physical or emotional)?; and

(iv) do you have concerns, or have concerns been expressed by anyone else, as to his mental capacity (e.g. episodes of drowsiness, confusion, forgetfulness or a marked change in personality)?