News
You are here: Home / News / Family Law / Can I make this Order? 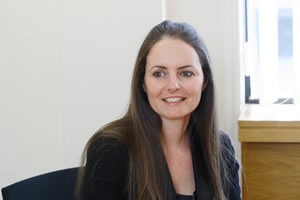 It not infrequently happens that a District Judge, when being asked to approve a Consent Order in financial remedy proceedings involving the transfer of property, questions the jurisdictional basis for an order that one party releases the other from the mortgage on the property and indemnifies the other party thereto.

The recent decision of Mr Justice Mostyn CH v WH [2017] EWHC 2379 (Fam) confirms that such an order is permissible and explains why.

The previous practice (and, perhaps for some, a continuing practice) was to include the release and indemnification provisions by way of an undertaking.

No doubt that practice arose from Livesey v Jenkins [1985] AC 424 at 444G, where Lord Brandon stated that there was nothing in section 23 or 24 of the Matrimonial Causes Act 1973 which directly empowered the court to make an order requiring (in that case) the wife, following the transfer of the matrimonial home to her by the husband, to be solely responsible for the mortgage and all other outgoings on it. Lord Brandon said this should have been incorporated in undertakings.

However, in the case of CH v WH [2017] EWHC 2379 (Fam), Mr Justice Mostyn has sent a clear message that “sterile, technical objections to orders in these terms must cease”.

The case before him concerned a draft final consent order which had been rejected by a Deputy District Judge and District Judge on the ground that the Family Court lacked the power to order that “each party must use his or her best endeavours to procure the release of the other party from the mortgage on the property that he or she received and, in any event, must indemnify that other party against liability thereunder”. Both Judges it would appear decided that such an order fell outside the ambit of the Matrimonial Causes Act.

The order under scrutiny had been drafted in accordance with the Financial Remedies Omnibus which can be found here.

Mostyn J accepted that the wording of sections 23 and 24 taken literally does not make provision for the court to make orders of this nature. However, he referred to section 30, which gives the court power when making a property adjustment order to direct that the matter be referred to conveyancing counsel to settle a proper instrument to be executed by all necessary parties. Mostyn J observed that such an instrument could “contain terms which furnish all necessary indemnities and the obligations to pay instalments in relation to a mortgage secured on the property”. He therefore did not accept that such an order was outside the Matrimonial Causes Act.

However, his main reason for disagreeing with the approach taken by the District Judges can be found in the rationale explained at paragraph 84 of the Financial Remedies Working Group’s first report dated 31st July 2014 where it was stated:

‘A number of those responding to the consultation process queried whether, in relation to mortgage payments and other household outgoings, the court had power to direct one party to make such payments and/or indemnify the other against non-payment. Such obligations have traditionally been included as undertakings, but their inclusion as directions in the draft standard orders implied that the court had such powers when undertakings were not offered. Mostyn J has expressed the following view in justification of this inclusion:-

“Under the new s31E(1)(a) MFPA 1984 in any proceedings in the family court, the court may make any order which could be made by the High Court if the proceedings were in the High Court. The High Court has power to order or decree an indemnity. This is an equitable remedy originally vested in the Court of Chancery which was subsumed into the High Court by the Supreme Court of Judicature Act 1873. It was the very relief initially ordered in Salomon v A Salomon and Co Ltd [1897] AC 22 (but which was later set aside by the House of Lords as offending the rule about the separate legal personality of companies). As to mortgage and other outgoings in my view the power to order A to make payment to B plainly includes the power to order A to make payments on behalf of B.  The greater includes the lesser. It was necessary to spell out the power to order the payment of mortgage and other outgoings in Part IV FLA 1996 proceedings (see s40(1)(a)) because the wider direct power does not exist in those proceedings. It would be anomalous if the power to order payment of outgoings only existed in Part 4 but not FR proceedings. It is necessary in my view for the court to have these powers if only to cover the position if someone is not prepared to give the necessary undertakings or is not participating in the proceedings.”‘

This Judgment is a very useful resource to financial remedy practitioners to reassure the Family Court of its power to make an order requiring release from a mortgage and indemnification thereto.

© 2020 Magdalen Chambers | Solved
Veterans, treatment, support, the military charities, and how they can help...

Burden of Proof under the Equality Act 2010 and Adverse Inferences 